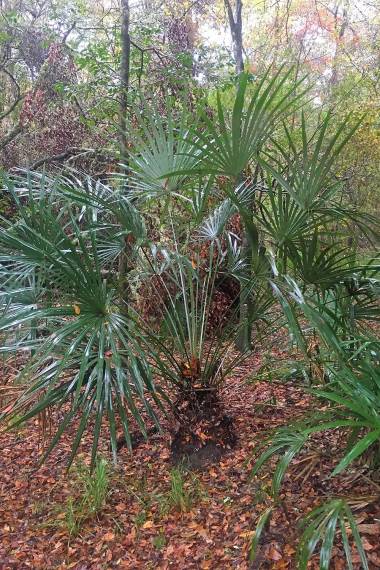 Considered to be the most cold hardy of all palms. These seeds were collected in Georgia at the northern limit of the palms range.

Quantity:
0 comments  |  Write a comment
Description Attributes Customer Comments (0)
Considered to be the most cold hardy of all palms, withstanding temperatures down to -23°C (-10°F), Rhapidophyllum has gained a lot of popularity in cultivation in recent years. A well-grown specimen, with its deeply divided, dark green, glossy leaves, is a handsome palm, and well worth the trouble of obtaining or growing, despite the armament of its short, fibrous trunk. The Needle Palm is found in the undergrowth of mostly deciduous woodlands and hammocks from central Florida to Mississippi and South Carolina, where it generally prefers wetter sites, at the bottom of ravines or along small streams. These seeds were collected in Georgia at the northern limit of the palms range. With settlements encroaching, the Needle Palm is increasingly threatened and is becoming more difficult to collect. Our collector writes "Rhapidophyllum was endangered up until 1985, and probably will be again at the rate I see habitat destroyed. I've personally witnessed several colonies get either completely wiped out, or mostly. Thousands of palms destroyed. It is a real shame, and always heartbreaking to see".
Sort by: 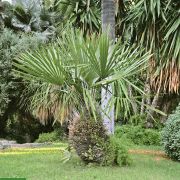 Rhapidophyllum hystrix
Needle Palm
From USD 10.84
In Stock
Considered to be the most cold hardy of all palms, withstanding temperatures down to -23°C (-10°F), Rhapidophyllum has gained a lot of popularity in c...
Customers who bought this item also bought