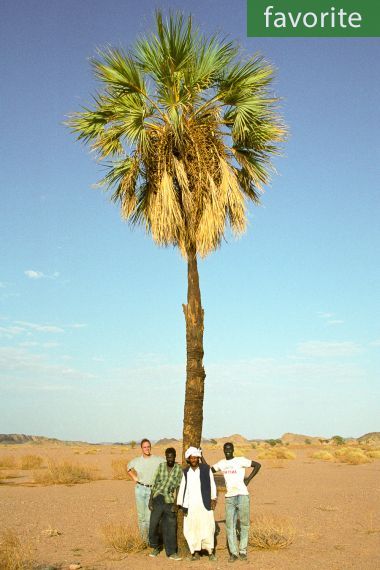 The world's most drought tolerant palm, Medemia survives where few others will, yet is highly adaptable.

Until 1995, little was known about this mysterious fan palm, thought to be extinct, making it the subject of much speculation. However, on our legendary expedition to the Sudan, we revealed that Medemia, though still rare, survives happily to this day in several sizeable populations in the Nubian Desert. Medemia is native to the Sudan, where it grows in the barren floodplains of seasonal rivers (wadis). A small population was also found in southeastern Egypt a few years ago. The climate is generally very dry, hot during the summer and mild in the winter. Allied to the Doum palm, Hyphaene, and Bismarckia, it is a beautiful and stately, solitary fan palm to about 15 m (50 ft.) tall with a straight, ringed, brown trunk that supports a large, spherical crown of very stiff, strongly costapalmate leaves. The light bluish-green color of the leaves contrasts strikingly with its bright yellow leaf stalks. The attractive fruits are a shiny purplish-black in color and the size of plums. When dry, they emit a pleasant malty smell and are edible. In ancient Egypt, the fruits of Medemia argun were imported from the Sudan, and have been found in Egyptian tombs, indicating their importance. Perhaps most significant for growers today is the fact that Medemia had never been in cultivation anywhere in the world before our expedition. Medemia will essentially grow under the same conditions and in the same regions as its closest relatives, Hyphaene and Bismarckia. The Nubian Desert Palm is extremely drought tolerant, certainly one of the most drought resistant of all palms. It requires good drainage, a place in full sun and thrives under hot and dry conditions where its growth rate is surprisingly fast if the plant has sufficient access to water. Plants grown in Thailand from our 1995 collection began fruiting after ten years, when 7 m (23 ft.) tall. For an account of this rare and exciting palm and its rediscovery, see PRINCIPES Vol. 40, No. 2 or the Southern Californian PALM JOURNAL No. 149. 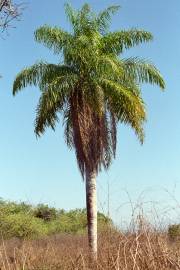 Acrocomia aculeata
Coyol Palm
From EUR 10.70
Out of stock
This large palm is covered with spines and is best described as "interesting," although a well-grown tree certainly has a very handsome appearance, es... 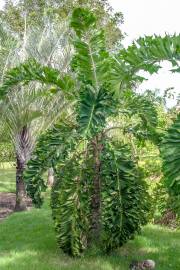 Aiphanes horrida
Coyure Palm
From EUR 6.90
Out of stock
A very spiny but splendid, elegant and fast growing palm native to tropical South America with curly leaves and wedge-shaped leaflets. It is easy in c... 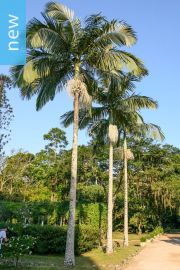 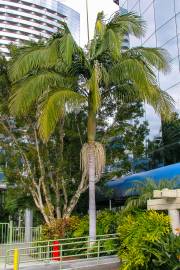 Archontophoenix cunninghamiana
Bangalow Palm, Piccabeen Palm
From EUR 4.60
Out of stock
This popular, elegant, and fast growing palm from southern and eastern Australia has grass green leaves, a slim trunk, and a long, smooth crownshaft. ...
Customers who bought this item also bought