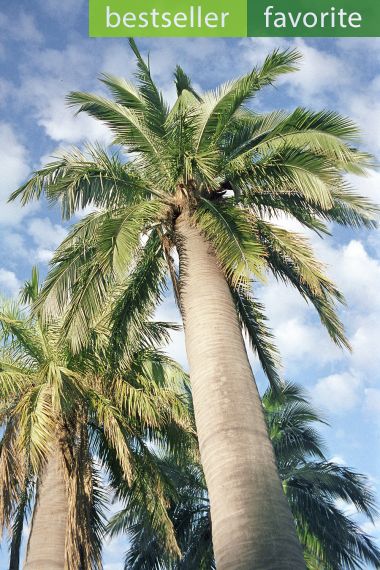 77 comments  |  Write a comment
Description Attributes Customer Comments (77)
Probably the most massive and undoubtedly the most cold tolerant of all pinnate palms, this species, although unfortunately not common in cultivation, hardly needs any introduction. Native to central Chile, it is well suited to temperate and subtropical climates. It is highly drought tolerant but will also do well in cold and humid conditions. It does not need hot summers to grow well, and in winter it can take severe frost down to -16°C (3°F) unharmed. For many temperate climates it is the only large pinnate palm that is cold tolerant enough to be successful long term. Many fine centennial examples can be admired; for example, in California, in Australia, along the Mediterranean, in southern Switzerland, along the windy Atlantic coast of France, and even in Britain and an on the cool, rainy west coast of Ireland. It would do well in many other areas, but has been tried only infrequently. Germination and establishment are slow but easily accomplished, and young plants are sought after and of high value, as they are still rarely found in the nursery trade. Initial growth is slow . Please note that its name is spelled Jubaea, not Jubea as frequently seen.
Sort by: 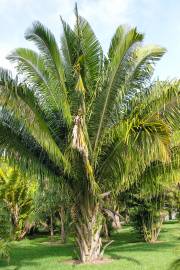 Attalea cohune
Cohune Palm
From USD 10.13
In Stock
A fabulous large palm native to southern Mexico, Central America and Colombia, where it grows in a variety of habitats. It is a stunning ornamental wi...

Attalea phalerata
Urucuri Palm
From USD 8.50
Low Stock
A lovely Attalea widespread from southeastern Colombia to Bolivia and Brazil. It has up to 30 huge leaves held erect in a shuttlecock-like crown givin...
Customers who bought this item also bought