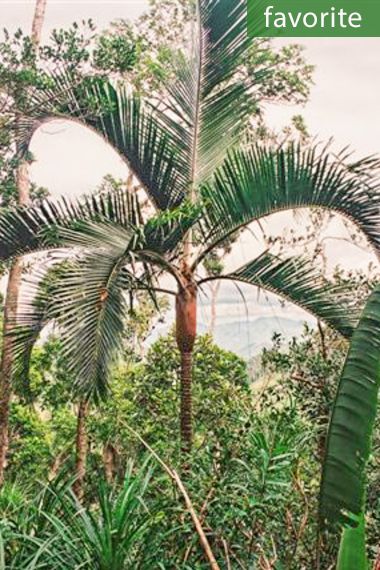 1 comments  |  Write a comment
Description Attributes Customer Comments (1)
A small amount of seeds of this magnificent and then undescribed palm from Madagascar had first been brought into cultivation in the mid 1990's as D. tsarantananensis. Its origin had been lost subsequently, leading some to think it may even have gone extinct, the palm has now been found again in rainforests in the mountains of eastern central Madagascar. It has a few features that are reminiscent of D. bejofo. Botanically it appears to be most closely related to the poorly known Dypsis ovobontsira. In cultivation it was mostly referred to as Dypsis sp. 'white petiole'. In 2013 it was finally officially described in PALMS as Dypsis leucomalla by John Dransfield and Jeff Marcus. While it appears to be rather slow growing, at least in its early stages, it develops into a breathtakingly beautiful ornamental palm with white leaf stalks (petioles) and white leaf bases that fade into orange brown towards the base and turn darker as the palm ages. The leafstalks and bases have a curious, soft, felt-like surface. The leaves are grow to about 5 m long, are strongly keeled and beautifully recurving towards the tip and hold numerous, evenly arranged, stiff, deep dark green leaflets that contrast stunningly with the white petioles. The compact and much-branched flowering stalk is produced from among the leaves and at first protected by a pure white bract. It appears to be an excellent palm for the tropics but may also do well in frost free warm temperate climates.
Sort by: 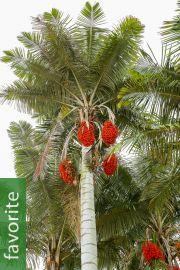 Ceroxylon alpinum
Andean Wax Palm
From USD 26.25
In Stock
Originating from the Andes in Venezuela and Colombia between 1400 and 2000 m, this fabulous and legendary palm is considered endangered due to the des... 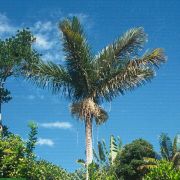 Dypsis bejofo
Brain Seed Palm
From USD 6.48
Out of stock
Dypsis bejofo is one of the most stunning and spectacular palms from Madagascar. This large species, with its enormous, plumose, ascending leaves and ...

Hyphaene petersiana
Vegetable Ivory Palm
From USD 23.08
In Stock
One of the most stunning of all Hyphaene palms, this species is found in savanna habitats in eastern and southern Africa from Tanzania to Namibia to a... 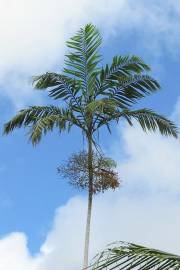