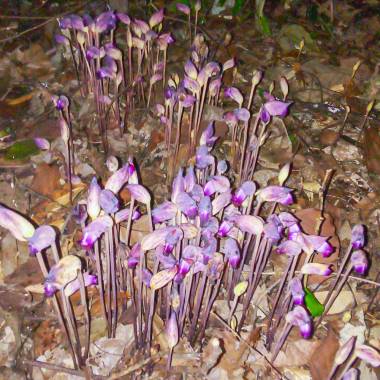 Import to the US with plant pest permit only.

Quantity:
0 comments  |  Write a comment
Description Attributes Customer Comments (0)
A parasitic perennial that forms an underground stem that has no roots of its own but is attached to the roots of a host plant from which it collects water, sugar and nutrients. Once a year it produces a number of reddish inflorescences with attractive, nodding, purple or rarely white flowers. Aeginetia indica is native to the understory of monsoonal forests in India. The dust-like seeds should be sown in containers in which a host plant in the Cannaceae, Commelinaceae, Cyperaceae, Juncaceae, Poaceae, or Zingiberaceae has already formed a well established root system.
Sort by: